How I Find Out I Was Pregnant 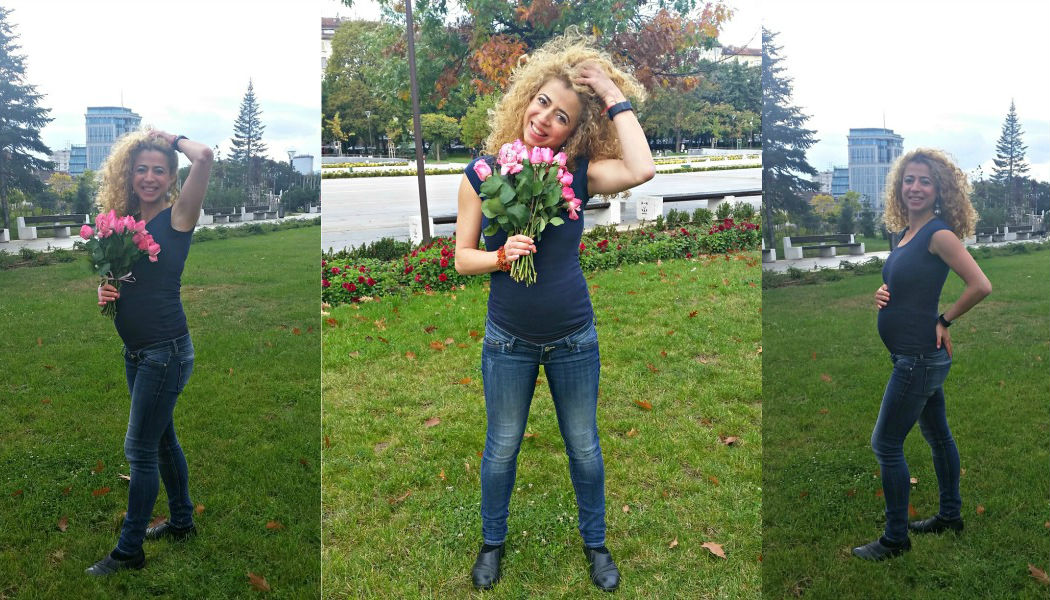 I’ve been writing a journal from the very beginning, but I’m sharing this with you in the middle of my 6th month. If I feel confident enough, I will tell you why I waited so long … I’m in my 25th week when I’m sharing this post with you, which is in the 6th month. The whole pregnancy lasts 40 weeks. It counts from the first day of your last period and not from the impregnation or implantation.

So 🙂 My Love and I decided to have a baby. The fun part was great and it worked right away 🙂 Imagine my surprise when my body’s reaction was very stormy and quite unpleasant to the changes happening to it.

Prepare for murmurs and a lot of complaining on my part in this post and the next one regarding the first trimester, but I promise it’s only for these two, because now I feel great 🙂

How did I find out we got the job done 🙂

My Love and I was vacationing in Dubai, beach, sun, warmth, while in Sofia was quite cold. We went sightseeing, we went shopping (there are huge shopping malls there, not that I bought anything special) and we spent some time on the beach.

A few hours after the fun we were going in the subway and while buying the tickets, I leaned on My Love and his shoulder pressed against my breasts. I felt some pain and I was really surprised, because ever since I’ve been taking iodine, I wasn’t feeling pain before, during and after my period (before the iodine I was constantly in pain).

And a thought crossed my mind, oooh, I’m fertile! We have made a baby 🙂 I shared this to My Love and he joked about how effective we were, yet the fun parts were a couple of hours ago.

During the day, the pain in my breasts was increasing. I was sure the next day, and in the next couple of days it was clear that something was happening to me. My body was reacting very stormy and my breasts were hypersensitive and painful.

After Dubai, we were on a wedding near Paris. I decided I was going to act like nothing happened until I see a positive pregnancy test, so I had 12 days to look innocent, but I knew 🙂

Everything else was fine, excluding the pain in my breasts.

We came back to Sofia after Paris. I woke up one Saturday morning and I was feeling sick. The sick feeling increased. I was in pain, I felt my two ovaries like two painful dots in my stomach, my back was in pain and around the kidneys.

The baby can’t implant and will come out, I thought, because I was in a similar pain like the one before my period, but it has never hurt like that.

I lied on my stomach on the couch and asked My Love to massage my back. And I’ve fallen asleep. I slept for 2 hours. I wake up and… nothing. No pain, nothing. I’m feeling well. I touch my breasts, they are still painful, and so there is a baby.

And then I wondered that this probably is the implantation of the fertilized ovum, and it was right on time, 10 days after impregnation (this usually happens between 6th and 10th day).

I left for Burgas on Monday. The pain in my breasts was so intense that I had to hold them when getting down on stairs so they wouldn’t shake. I couldn’t touch them or do whatever regarding them, even the water from the shower was causing me pain. I was wondering if there isn’t something connected to my breasts, because the situation was unbearable.

2 days before my period I decided that I will go and take a blood pregnancy test and a breast check-up, because I was feeling a little bump in one of my breasts that was super painful.

A urine pregnancy test wouldn’t work for me so early. It was important for me to know as early as possible if an impregnation has occurred, because I had to start a syringes therapy right away (I am still gaining the strength to tell you about this…).

I was feeling I had a baby and still didn’t understand why my breasts were so painful.

I did the blood test, the result would have been ready in a couple of hours. I proceeded with the echography for the breasts and the doctor said ‘There is nothing wrong, I don’t see any lymph nodes.”, even though I was feeling the bump, but I didn’t allow for a more harsh touch, because it would just hurt too much.

A couple of hours later I saw the positive pregnancy test and I relieved that it wasn’t something with my breasts (I started having bad thoughts, I’m not a hypochondriac, but with such intense pain, you start wondering what is going on).

And the positive pregnancy test was so small (around 36 if my memory is correct), no doctor will count it as such, they want an amount above 500 for the hCG hormone which is produced by the embryo after impregnation, to count as being pregnant.

I was impregnated already 🙂

I delivered the news to My Love and he said I was a ‘machine’ and that he knew that was the case 🙂
And then is the horrible first trimester which tested my will and everything I thought I knew about myself.

In the end of this workout the arms are great toned ans all shake. All this without dumbbells. It’s a killer for the arms and ...